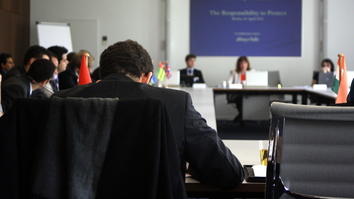 The situation in Libya stirred up the ongoing debate on the so called concept of Responsibility to Protect. The concept was introduced in 2001 by the International Commission on Intervention and State Sovereignty and since then has found its way into major documents like the Report by former Secretary-General Kofi Annan "In Larger Freedom" and the 2005 World Summit Outcome Document. According to the latter, each State has the "responsibility to protect its populations from genocide, war crimes, ethnic cleansing and crimes against humanity". Where States are unable or unwilling to assume this responsibility, it shifts to the international community to take collective actions through the UN Security Council to ensure the protection of the population.

In the case of Libya, on 17 March 2011 the Security Council established a no-fly zone with Resolution 1973. Five Security Council Members abstained, among them China, the Russian Federation and Germany. The debate showed that around the concept of the Responsibility to Protect many questions arise: In which cases does it apply? Which are the appropriate measures to be taken? Under which circumstances is a military intervention authorized by the Security Council legitimate?

On 26 April 2012, a simulated session of the Security Council took place at FU Berlin. Among the participants were young diplomats from Egypt and Libya as well as students from different faculties. The Security Council finally adopted a Resolution on the situation in Syria. 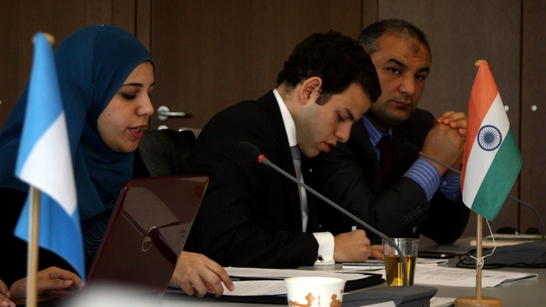