Study: A total of 327 men, women, and children from East and West Germany alike fell victim to the East German border regime on the border between the two German nations

Grütters said, “Keeping alive the memory of the horrors of the border regime on the former border between East and West Germany is a key part of coming to grips with the East German dictatorship. The new research findings will make an important contribution to giving all those who lost their lives to the East German border regime on the border between East and West Germany a name and a face again, allowing people to remember them in dignity. We owe this to the people who lost their lives for freedom and self-expression. But we are also responsible for ensuring a democratic future. After all, freedom needs defenders even in places where self-expression does not stop at walls, barbed wire, and minefields.”

In terms of social groups, most of the victims of the East German border regime were young workers, farmers, and tradesmen. About 50 percent of them were between the ages of 18 and 25 years, while another 30 percent were between 25 and 35. The regime also claimed the lives of 19 children and teens under the age of 18. Women accounted for slightly more than ten percent of the civilians who died on the border between East and West Germany.

The youngest fatality identified in the research was a six-month-old infant who suffocated in the trunk of a vehicle during an escape attempt in July 1977. The oldest was an 81-year-old farmer from the rural Lüchow-Dannenberg district of Lower Saxony, who inadvertently entered a minefield in June 1967. Both of his legs were torn off by landmines. He lingered, dying, for more than three hours, eventually bleeding to death right before the eyes of a GDR regimental doctor, who did not dare to enter the minefield along the border strip.

Now that the investigation is complete, there is solid evidence of 327 deaths caused by the border regime on East Germany’s western border between 1949 and 1989.Specific details regarding the victims are as follows:

238 fatalities in the border area, grouped according to the circumstances of their deaths

The 262 deaths in the first two groups correspond to the categories used in the biographic handbook regarding the victims killed at the Berlin Wall between 1961 and 1989. For the 21 deaths causally related to the East German border regime, there are no cases in the Berlin handbook that are comparable to those of the people executed in Moscow and Leipzig. Still, these executions are directly linked with the East German border regime, since, first, all of the people later executed by shooting had been arrested in the border area, and second, the death sentences were handed down for matters relating to either serving on the border or attempts – successful or not – to flee the country. In the 1990s, all of the victims mentioned here were posthumously pardoned by public prosecutors and regular courts in the Russian Federation and the Federal Republic of Germany.

In all, 44 of the suicides that occurred in a service-related context in the East German border troops (out of a recorded total of 203), which are included in a chapter of the handbook, should also be counted as victims of the East German border system on the border between the two former German nations, the editors say. “The main factor that motivated us to include the suicides in a separate chapter of this handbook was indications of a possible connection between the death in question and everyday service conditions, which caused severe dilemmas and crises of conscience for young East German citizens who were responsible for blocking off the country at the border with West Germany as part of the border regime,” explained Dr. Jochen Staadt of Freie Universität Berlin. “Many of them did not perform their service out of their own free will, and some simply snapped because of it. For them, too, the East German border regime had lethal consequences.”

The investigation of the 1,492 suspicious deaths, which was prompted by various records and reports by contemporary witnesses, yielded evidence of 803 deaths (including those in the border troops) that were physically located on the border between East and West Germany or occurred in connection with the East German border regime. “The suspected cases that did not meet these criteria were deaths that occurred outside the border area between East and West Germany,” explained Dr. Jan Kostka of Forschungsverbund SED-Staat at Freie Universität. “They included refugees who lost their lives when attempting to flee via the Baltic Sea and on the borders with other Socialist countries,” he continued. They also included identified and unidentified bodies found in waterways along the borders; it was not possible to determine that these deaths had occurred in connection with attempts to flee the country or to establish a conclusive link with the East German border regime.

In the course of investigating other suspected cases found in the records of West German government agencies and based on observations of the East German border area by customs officials, the West German border patrol, or the police, or on statements made by East German refugees, parallel records kept on the East German side provided evidence of both misinterpretations of use of firearms and mine explosions and alleged deaths reported by hearsay that did not match up with the facts. “In the strip of minefield running along the border, mines were often detonated by wild animals or even by weather conditions,” Staadt explained. Shots fired by hunters had also found their way into the reports filed by customs officials and the West German border patrol, who assumed the East Germans were firing on refugees. Furthermore, the researchers found that a special unit of the Ministry for State Security (Ministerium für Staatssicherheit, or MfS, commonly known as the Stasi) called the Einsatzkompanie der Hauptabteilung I also conducted deceptive maneuvers on sections of the border that were not mined. In these areas, Stasi members detonated practice munitions, followed by cries for help. An ambulance drove to the border and then back to the hinterlands shortly afterward. These simulated mine detonations were intended to suggest to the populace in nearby towns that the East German border was indeed mined in these areas, contrary to their assumptions.

In the course of their research in the reports filed by East German border troops and the Stasi, the research team also came across 454 deaths within the border troops that were not associated with desertion. Out of these border guards, whose names and circumstances of death have been catalogued, at least 111 died due to firearm accidents, 203 of suicide, and 88 due to occupational accidents. These numbers are incomplete, as the research team was not able to assess all of the daily reports filed by the border troops and reports submitted by the Stasi. Instead, they only reviewed the documents based on certain months that were suspected of containing additional information regarding failed escape attempts and unnatural deaths in the border area that had already been identified.

The social characteristics of the persons arrested when attempting to flee the country, which are based on East German records, remained relatively constant through the years. For example, the East German police, the Volkspolizei, registered 36.8 percent skilled workers, 19.4 percent unskilled workers, 6.4 percent primary, secondary, and postsecondary students, 2.1 percent college graduates, and 1.1 percent medical staff among the refugees arrested in 1982. East German citizens ranging in age from 18 to 25 years accounted for 44.5 percent of those affected, and persons between the ages of 25 and 35 made up 31.8 percent.

The team chose to start its investigation with the founding of the German Democratic Republic, or GDR, on October 7, 1949, as the formation of the East German state as such was when the political and law enforcement responsibility for monitoring the border between the two German nations was first held by the East German state and its institutions, even though the East German border police force remained directly controlled by Soviet advisors.

Professor Klaus Schroeder emphasized that the East German functionaries who had borne political and military responsibility for murder and manslaughter on the border between East and West Germany had received only lenient punishment following German reunification. “The legal proceedings against East German border police and border guards who were proven to have fatally shot refugees on the East German border ended in either acquittal or suspended sentences,” he explained.

The 1,492 suspected cases studied by the research team from Freie Universität Berlin are based on the following:

The team also used records from the investigative documents drawn up in the 1990s:

The project cost a total of 642,000 euros, with the German Federal Government Commissioner for Culture and the Media providing 449,000 euros. The states of Saxony-Anhalt, Lower Saxony, and Hesse provided 193,000 euros in all. The biographic handbook is published by Verlag Peter Lang. 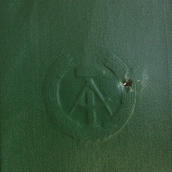 These photos are available to media representatives as downloads. They are free of charge when used in the context of the press release and with citation of the specific source.