Spokespersons announced in Berlin unprecedented public/private partnership in provenance research between public institutions in Germany and descendants of victims of Nazi persecution. / The cooperation includes numerous institutions and museums.

Researchers at Freie Universität Berlin and the heirs of the German-Jewish publisher Rudolf Mosse (1843–1920) are joining forces in the search for art works expropriated by the National Socialists from the family of the philanthropist Rudolf Mosse as well as the circumstances surrounding their confiscation. The two parties have signed a contract valid through February 2019 to establish the Mosse Art Research Initiative (MARI). Details were presented to the press in Berlin on Tuesday. In provenance research, the MARI project is unprecedented. The collections of the publisher Rudolf Mosse contained thousands of pictures, sculptures, art objects, books, and antiquities. At Freie Universität, the project is directed by art historian Prof. Dr. Klaus Krüger from the Department of History and Cultural Studies. It is being coordinated by Dr. Meike Hoffmann, a researcher at the Art History Institute and an internationally recognized expert in provenance research.

The cooperation planned in the Mosse Art Research Initiative represents an unprecedented public/private partnership. In addition to the Mosse heirs and Freie Universität, the partners include the Kulturstiftung der Länder, the Staatliche Museen zu Berlin – Stiftung Preußischer Kulturbesitz, the Foundation of the Jewish Museum Berlin, and the Landesarchiv (State Archives) of Berlin. Other cooperating partners include the Staatliche Kunsthalle in Karlsruhe, the Referat für Museumsangelegenheiten of Cologne / Provenienzforschung, the Museum Wiesbaden, the Worms City Museum, and the Intitut Mathildenhöhe in Darmstadt. The research project is being funded by the Deutsches Zentrum Kulturgutverluste in Magdeburg and the Mosse Art Restitution Project.

Using the methods of provenance research, the goal is to determine which works from the Mosse Collection still exist and where they are currently located. The findings will be made accessible to the public in a timely fashion through an online publication with an object database. It is hoped that there will eventually be an opportunity to display them in an exhibition.

The concrete goal of the project is to identify and locate the works belonging to the Rudolf Mosse family. By tracing the path from the original looting to their current location, light will be shed on the precise circumstances of their loss during the National Socialist regime. The researchers will also draw general conclusions about the exploitation of confiscated cultural property in the early phase of the Nazi regime.

Based on the findings of the researchers, institutions in Germany and other countries will be better able to grasp the entire extent of the consequences of the collection’s dissolution during the “Third Reich,” which are still being felt today. The results of both approaches – provenance and contextual research – and how they relate to one another, will contribute to the general investigation of Nazi crimes as well as provide a fitting commemoration of Rudolf Mosse as an influential supporter of art, a patron, and a philanthropist.

The German-Jewish publisher, art collector, and philanthropist Rudolf Mosse was one of the most influential figures of the Berlin economic elite in Imperial Germany and the beginning of the Weimar Republic. The Mosse family, who published the Berliner Tageblatt – a leading left-wing liberal daily newspaper – was forced to flee from Germany after the Nazis took over power.

Originally trained as a bookseller, in 1867 Rudolf Mosse founded an advertising agency in Berlin, called the Annoncen-Expedition Rudolf Mosse. Advertising was just beginning to develop in Germany at the time, and Mosse’s agency quickly became one of the most important suppliers of advertising. Within five years it had more than 250 branches in Germany and abroad. In partnership with his brother-in-law Emil Cohn, Mosse expanded his business by founding a publishing house and publishing around 130 journals as well as numerous popular newspapers, including the Berliner Tageblatt (1872), the Berliner Morgen-Zeitung (1889), and the Berliner Volks-Zeitung (1904). The Mossehaus, built at the beginning of the 20th century in the historical publishing quarter in Berlin-Mitte, still testifies to the great significance of Mosse’s publishing corporation.

In addition to his publishing work, Mosse had many interests and was known for his philanthropic work. Together with his wife, he founded the Emilie und Rudolf Mosse-Stiftung, an interconfessional educational institution for orphaned children in Wilmersdorf near Berlin (now a district of the city). Today, there are two memorial plaques in honor of him and his wife on the landmarked building on Mecklenburgische Straße. At the beginning of the 1880s, as a well-to-do man, he had a house built in the center of Berlin on Leipziger Platz 15. A neo-baroque three-story palace, it was designed by the Jewish architects Gustav Ebe and Julius Benda. There he built up a collection of art including several thousand works. In artists’ circles, it was known as the “Mosseum.” Around 1910, Mosse opened it to the public. Mosse’s favorite artists included Oswald Achenbach, Ludwig Knaus, Wilhelm Leibl, Franz Lenbach, Adolph Menzel, Max Liebermann, Eugen Bracht, Hans Thoma, and many others who, as representatives of early 20th century realism, became important figures in art history in Germany. In addition to paintings and sculptures, Mosse also collected crafts, furniture, textiles, Egyptian antiquities, Benin bronzes, and East Asian literature as well as valuable manuscripts and rare books.

After Rudolf Mosse died in 1920 and a few years later was followed by his wife Emilie (1851–1924), their adopted daughter Felicia (1888–1972) inherited the entire estate. Shortly after the National Socialists seized power, they liquidated the financially struggling business empire and drove the Lachmann-Mosse couple with their three children Rudolf (1913–1958), Hilde (1912–1982), and George (1918–1999) into exile. Objects that after emigration were now left without owners were handed over to a trusteeship that was managed by Karl Haberstock, who was soon to build up a career as an art dealer under the Nazis. On May 29 and 30, 1934, the exhibited part of Mosse’s collection and the interior furnishings were auctioned off by Rudolph Lepke’s auction house at Rudolf Mosse’s city residence in Berlin. A week later, the Berlin auction house Union auctioned off the possessions of Felicia and Hans Lachmann-Mosse at their villa on Maassenstraße 28. Most of this collection, which was already world-renowned in the Weimar Republic, is considered lost today.

This research project to reconstruct the Rudolf Mosse art collection is innovative in many ways. It is based on coordinated collaborative research among experienced partners with a schedule that should make it possible to implement a systematic evaluation of the primary sources and archival materials within the foreseeable future.

The project is based in Berlin, where Rudolf Mosse worked and amassed his collections, and where the main files are kept. The project management agency is Freie Universität Berlin, a research institution independent of restitution procedures and with proven expertise in provenance research. Quite some time ago, at the university’s Department of History and Cultural Studies, main areas of research were established to explore art patronage during the imperial period in Germany (Thomas W. Gaehtgens, Art History Institute, today at the Getty Research Institute in Los Angeles) as well as the work of publicist Theodor Wolff (Bernd Sösemann, Friedrich Meinecke Institute). In addition, the Art History Institute with its global orientation offers an ideal infrastructure for exploring the complex collection of Rudolf Mosse.

In light of the great relevance of this project in terms of cultural policy, alongside several publications and events an online portal is being planned for the digital presentation, display, and visualization of the complex research results with a tool efficiently tailored to the needs of provenance research. In this form, the collaboration, as a network of the greatest competence and transparency, will not only provide important impulses to provenance research, in Germany, its neighboring countries, and the United States in particular, but also represent a valuable contribution to the shaping of memorial culture in Germany.

The images below are available for journalists (free download): 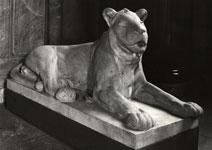 Use this link to download the pictures: www.preussischer-kulturbesitz.de/newsroom/presse/pressebilder , where you will also find the captions and credits. Please be sure to give proper credit, if using the images in your reporting.

A digitized auction catalog for the art collection of Rudolf Mosse from the year 1934 can be found on the website of the Heidelberg University Library.