The writer Ilma Rakusa was recognized with the 2017 Berlin Literarure Prize. The award, which is endowed with 30,000 euros, was presented in the Berlin City Hall on Monday evening by the Governing Mayor of Berlin, and Chair of the Council of the Preußische Seehandlung Foundation, Michael Müller. The president of Freie Universität, Univ.-Prof. Dr. Peter-André Alt, officially appointed Rakusa as the Visiting Professor of German Literature sponsored by the Preußische Seehandlung Foundation, for the spring/summer semester. The laudatory speech was given by the Austrian writer Karl-Markus Gauß, who is also the editor of the journal Literatur und Kritik.

The selection committee for the 2017 Berlin Literature Prize consists of Peter-André Alt, Sonja Anders, Ina Hartwig, Thomas Wohlfahrt, and Norbert Christian Wolf. The justification for the 2017 award stated: "Ilma Rakusa was born in Slovakia in 1946 as the daughter of a Slovenian man and a Hungarian woman. She spent her early childhood in Budapest, Ljubljana, and Trieste. She then moved with her family to Zurich, where she spent her school years and began studying Slavic and Romance languages at the university. She continued her university studies in Paris and Leningrad. Rakusa's multinational and multilingual biography is reflected in her literary work, and she is one of the most important voices of the multilingual Central European literature, which has been characterized by migration experience, marginalized by nationalist terror and communist dictatorships, and pushed out of public awareness. In Rakusa's literary work, she addresses the cultural diversity of Europe in a sensitive and poetic manner. Formally, she utilizes all the genres, but most often narrative texts and lyric poetry. Her literature is characterized by an extraordinary awareness of language, form, and musicality, as well as by a transnational horizon, and her poetological work is characterized by a rare level of reflection. In her recently published volume of poetry, Impressum: Langsames Licht, she reveals a wonderful world hidden by everyday life. Franz Schuh praised the book as being an artistic equilibrium of pathos and occasionalism; calling it the "sound of the present," he said it characterizes life today. In addition to her own original literary work, Rakusa is a translator of numerous works by authors in various parts of Europe, and she views herself as a mediator of international literature." 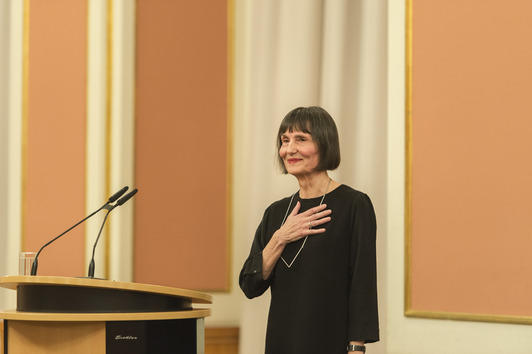 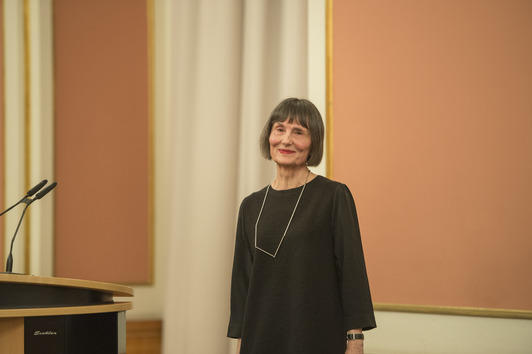 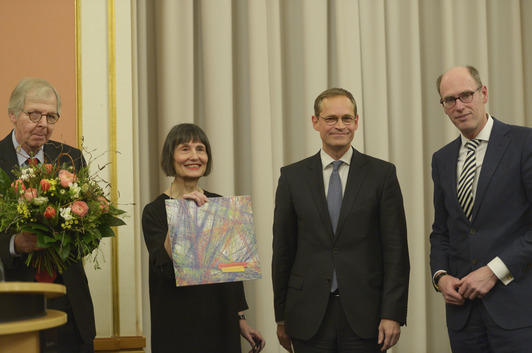 The press photos may be used by members of the media in connection with reporting on the information in this press release, provided that due credit is given to the photographer, Stephan Töpper.