Istanbul University recently awarded the legal scholar Philip Kunig from Freie Universität Berlin an honorary doctorate. Istanbul University, which has existed in one form or another since 1453, selected Kunig, an expert in constitutional law, for this distinction in recognition of his services rendered to both German and Turkish public law. Of particular significance are his activities as a visiting professor at various Turkish universities as well as his efforts to promote German-Turkish academic and institutional cooperation. Furthermore, as vice president of a consortium of German universities working to establish a German-Turkish university in Istanbul and as chairperson of the German-Turkish Attorneys Association, Kunig continues to make important contributions to the development of human rights and the rule of law in Turkey. In 2012 Kunig was awarded an honorary doctorate from the University of Athens.

Philip Kunig, born in 1951, studied both law and East Asian studies at Universität Hamburg. In 1980 he earned his doctorate in international law with a dissertation dealing with developments in Africa. In 1985 he completed the habilitation process with a publication on "The Rule of Law: Reflection on Its Importance for the State Law of the Federal Republic of Germany." After holding positions in Kiel, Hamburg, and Heidelberg, Kunig accepted a professorship in public law at Freie Universität Berlin in 1988. Various teaching and lecture activities as well as visiting professorships have taken him to Tokyo, Beijing, Shanghai, Hanoi, Bangkok, and Seoul besides Istanbul and Ankara. Since 2010 he has been the vice president of a consortium of German universities that was founded to establish a German-Turkish university in Istanbul. 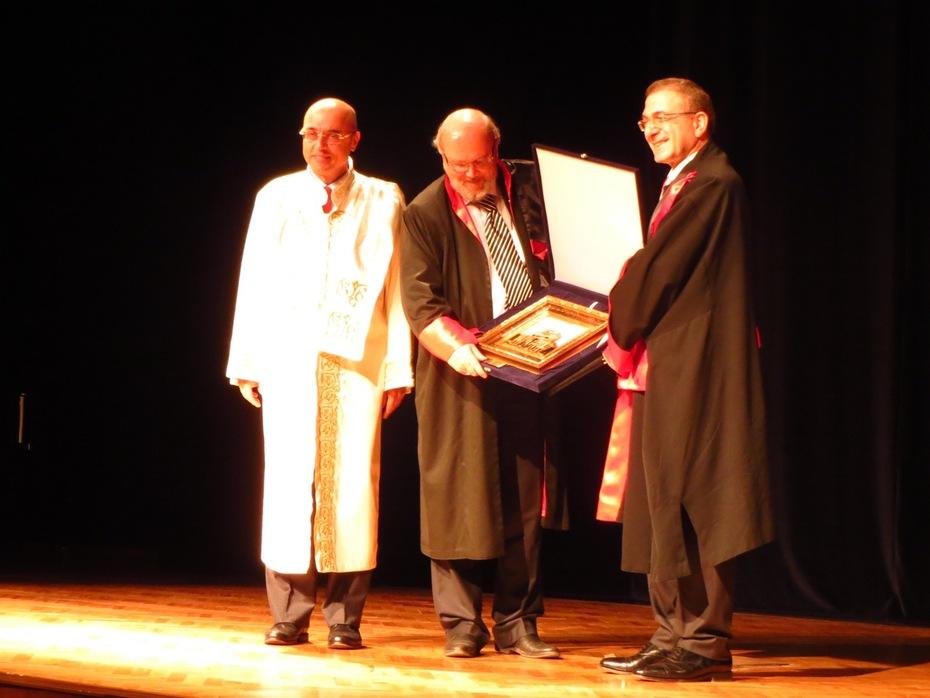 The legal scholar Philip Kunig was awarded an honorary doctorate from the University of Istanbul (from left to right: Rector Yunus Söylet, Prof. Dr. Philip Kunig, and Dean of the Department of Law, Adem Sözüer).