Scientists based at Freie Universität Berlin and the Centre for Genomic Regulation (CRG) in Barcelona have designed software that allows tracking the position and posture of individual Drosophila fruit flies and their larvae. The flies’ behavior is extracted from video data and analyzed mathematically. Available to everyone as open source software, the programs make it possible to study the behavior of the fruit fly Drosophila without expensive hardware and software products. The research appeared in two joint publications in the open access journal PLoS ONE.

For Prof. Matthieu Louis, the head of the Spanish team, overcoming the challenge was a great motivation. “Until we developed these tools, many researchers relied on expensive commercial hardware and software to study the behavior of larvae and adult flies. Now, virtually anybody can do this kind of research. The value of the software we are proposing is that it is written in a simple programming language, which facilitates their adaptation to new experimental paradigms.” Inexpensive digital cameras such as webcams are sufficient for localization of the animals. The open source programs (http://buridan.sourceforge.net, http://sos-track.sourceforge.net) recognize the individual behavioral components in the camera data and can analyze them mathematically.

Dr. Alejandro Gomez-Marin, lead author of the Spanish paper, said, "Apart from ruining your glass of red wine, Drosophila is a central model organism to study, amongst other problems, how brains work. By carefully watching whether flies turn left or right, we aim at understanding how humans make decisions."

The data and the tools provided with their publications will allow researchers to not only improve the accuracy of the research results, but also to develop new analysis methods. "Maybe someone will come up with an analysis we would have never thought of," said Alejandro Gomez-Marin.

The team is already communicating with several colleagues who were working with the newly developed software prior to the actual publication, according to Dr. Julien Colomb, the lead author of the paper published by Freie Universität, and who said, "It's exciting to see other colleagues adopting the tools we developed, because they're easy to access and free."

The work presented in the two publications is part of a growing movement of open science advocates, who argue that publicly funded research should also be publicly accessible – and they mean not only the ultimately resulting publication, but also all the data, which have led to the publication. "Opening up some of the research tools is only a first step," said Julien Colomb. The next step in this project is to not only provide the data to the publication online, but to make them available right after the analysis of the data. Work is being done in this direction right now. Ultimately, the blueprints for the various experimental containers in which these experiments take place will be translated into a computer-readable format such that 3D printers can re-create the exact experimental conditions anywhere in the world. “Eventually, I'd like to get everything to be so simple and cheap that anybody would have the chance to do these experiments, even the high school student with fruit flies in the kitchen – a genuine citizens science project,” said Dr. Björn Brembs, head of the team at Freie Universität.

Links to the Two Publications 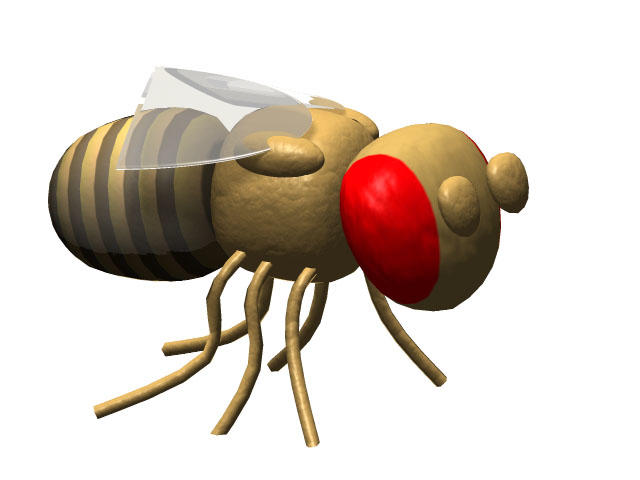 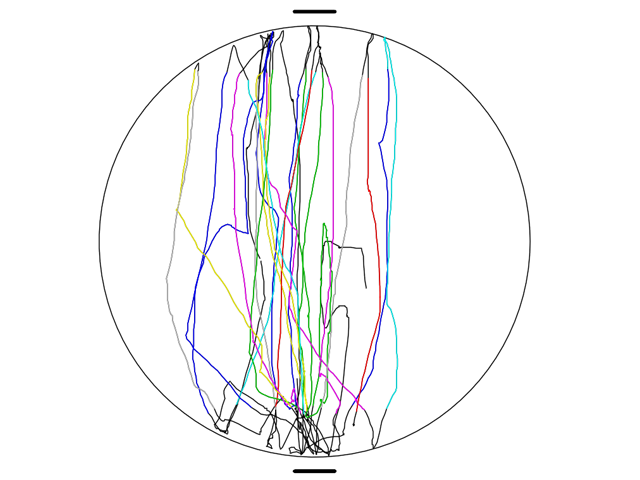 Right image: Trajectories of the fruit flies as calculated by the software; Source: Björn Brembs