Red Is the New Black

The color of nighttime skyglow may be about to undergo a radical change worldwide, according to scientists from Freie Universität Berlin and the Leibniz-Institute of Freshwater Ecology and Inland Fisheries. They predict that with a transition to LED lighting, blue light will increasingly affect the color of the night sky. The researchers developed a specific measurement device and observed that presently the nighttime skyglow over Berlin appears red during cloudiness. Their report, entitled “Red is the new Black,” was published in the Monthly Notices of the Royal Astronomical Society.

Christopher Kyba, a physicist at Freie Universität and lead author of the study, explains that innovations in lighting technology will result in changes of color of lamps. “The current worldwide trend of replacing gas discharge street lights with solid state lighting, such as LEDs, will affect the radiance and spectrum of urban skyglow.” In order to understand the potential impacts of this change on ecology, it is necessary to monitor the sky long-term.

The scientists used the new instrument to study how clouds affect sky brightness in urban areas. “For almost all of evolutionary history, clouds made the night sky darker, just like they do in daytime,” said Franz Hölker, an ecologist at the Leibniz Institute of Freshwater Ecology and Inland Fisheries, a co-author of the study and leader of the project “Verlust der Nacht” (Loss of the Night). In areas with artificial light the effect of clouds is now reversed. The researchers found that in Berlin the blue portion of skyglow is 7 times more radiant on cloudy nights than on clear, and a factor of 18 for red light.

In the visual range used by most animals, the authors say that cloudy skies are now thousands of times more radiant near cities than they were throughout most of history. They suggest that this gives a major advantage to nighttime predators that use vision when hunting, such as owls, and is therefore likely to influence predator-prey relationships.

On clear days the atmosphere especially disperses the short-wave blue light. Therefore the scientists expressed concern that unless special care is taken in design and implementation, white LED lights could make the sky much brighter on clear nights. They suggest cities that have decided to change to solid state lighting should purchase lamps that emit no upward light, and "warm white" lights with as little blue light as possible. 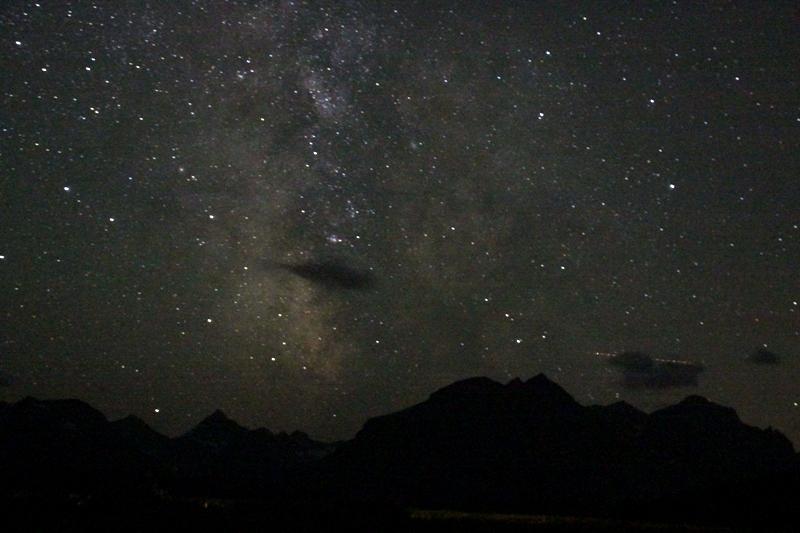 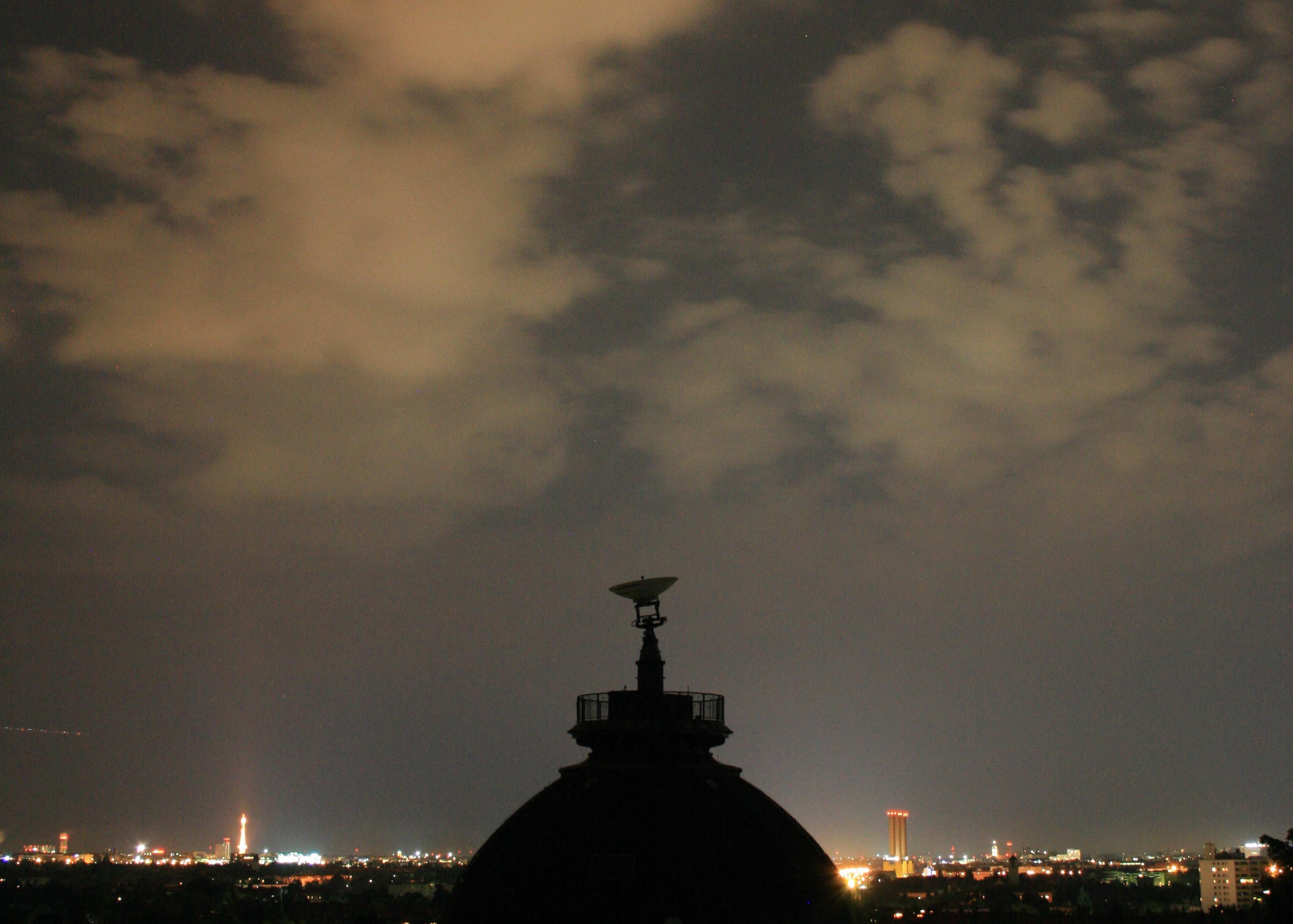