The printed collection of the Philological Library consist of the collections from 12 sub-libraries that were integrated into the new library in 2005, plus the new books acquired since 2005.

Please note: There may be two shelving areas for each subject – one in the old classification system and one in the new. 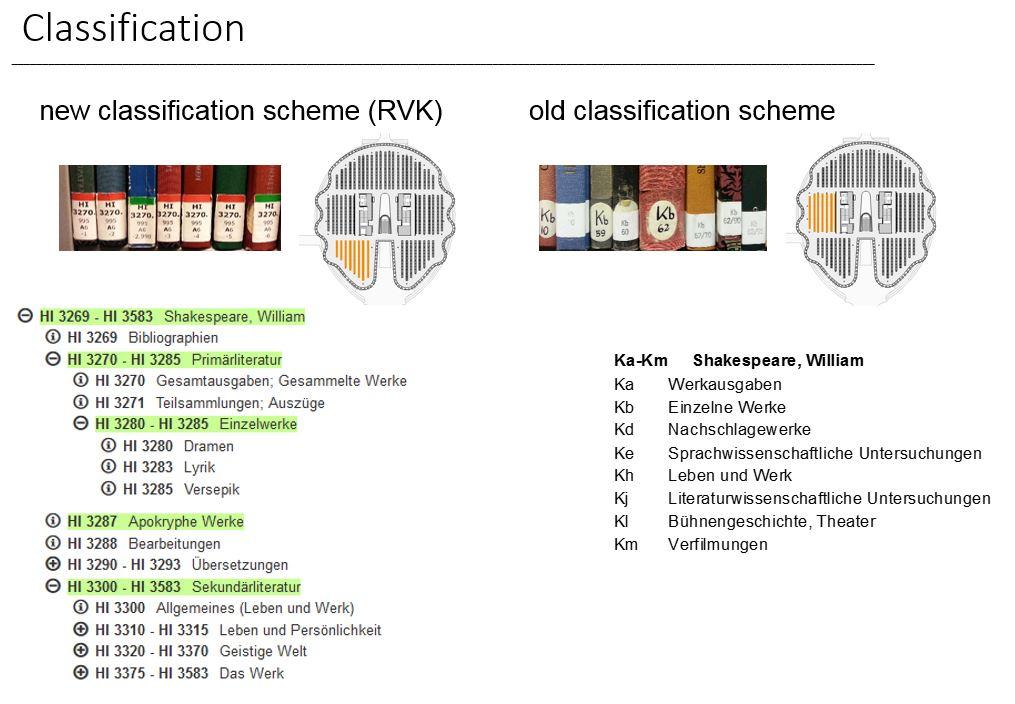 The basic structure of the RVK corresponds to the classic range of subjects in German Universities and divides the disciplines into 33 subjects or subject groups. These form the first level of order of the classification system and are subdivided into sub-groups, which in turn are divided into finer groups. The main groups and sub-groups are each designated by a capital letter; the finer groups are defined by a multi-digit number. These main, sub and finer groups form what is called the notation. It designates the practical categorization of a book in the overall classified collection.

The RVK was developed by the Regensburg University Library. In the meantime, over 100 university libraries from German-speaking regions are using and keeping it up to date.