Experts from Egypt, Germany and Oman gathered on the 19th and 20th December 2018, during the closing conference of the project “Sustainable Urban Development in Arid cities via Establishment of Urban Climate Labs in Egypt”, to present the work that has been completed over the past 3 years. 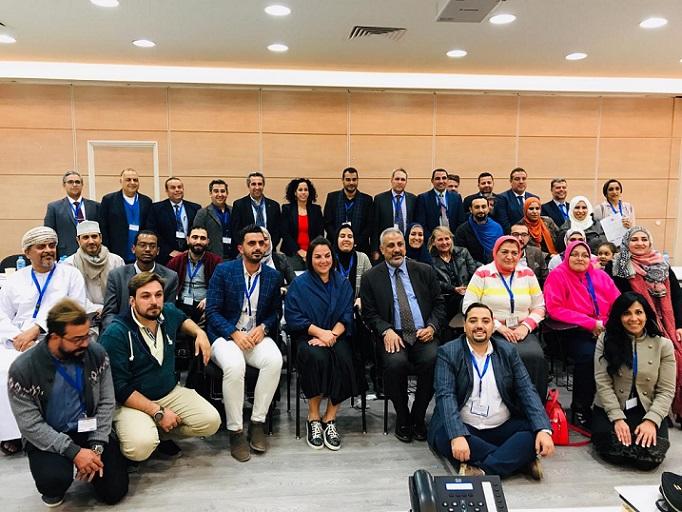 Over the course of two days, on the 19th and 20th December 2018, during the closing conference of the DAAD funded project “Sustainable Urban Development in Arid cities via Establishment of Urban Climate Labs in Egypt”, experts from Egypt, Germany and Oman gathered in the beautiful Red Sea city El Gouna to present the work that has been completed over the past 3 years.

Since 2016, Prof. Dr. Sahar Sodoudi, Head of the Working Group “Urban Climate and Health” at Freie Universität Berlin, has been cooperating with 18 Egyptian Universities to adapt sustainable urban development with reference to the local climate change by establishing Urban Climate Labs in 6 Egyptian Universities. The project is designed to integrate Meteorology with a focus on urban climate and human health in urban planning and architecture. As major cities of Egypt and Oman are particularly stressed with urban heat island effects and the population growth and corresponding building activities, the project aimed - over the past 3 years and through various teaching modules - to explain sustainable urban planning while taking into account the local climate change. This was only possible by first examining the available teaching modules at the various partner universities and by integrating the module “urban modelling” and eventually introducing a “climate lab” into the teaching program. The 6 climate labs were set up at the Cairo and Aswan University in the first year, followed by the labs that were set up at Assiut and Ain Shams University and last but not least in the third and final year at the Helwan and Alexandria Universities.

After the welcome speeches that were held by Prof. Dr. Sahar Sodoudi, Ms. Judith Laux from the DAAD Head office in Bonn and Ms. Hoda El Mahgoub, Head of the Cairo Liaison Office of FU Berlin, the participants shared their experiences throughout the 3 years as well as possible future cooperations. During the 2 days topics such as urban development, urban planning, local microclimate and more were discussed during the 2 days. The two-day workshop showed very clearly how sustainable this project actually is. Even though the project was closed with the end of 2018, but the strong network of people with the knowledge that was transferred over the years, along with the 6 climate labs that are available and accessible at the various universities, are a guarantee that more projects and collaborations in this field between Egypt and Germany are on the way.