(The University of Chicago/The American Academy in Berlin)

Recent discussions of “world literature” have tended to follow Goethe’s lead in imagining Weltliteratur as a final, totalizing horizon of every possible literature — and then to assess the shortcomings of all actually existing censuses of literature against that ideal. I suggest that a more realistic horizon for literary history is to think of the globe as being covered by a variety of literary “worlds” or “empires,” defined as zones where different languages and canons regulated cultural activity. One such world literary empire is the Chinese. I will examine two aspects of its imperial reach: the extension of the Chinese written language beyond China to Japan, Korea and Vietnam; and the far more rudimentary and fitful communication between the Chinese-culture region and areas using different writing systems such as Tibet, Mongolia and Central Asia. The goal of the investigation is to understand both the channels and the barriers among which the humanities circulate. 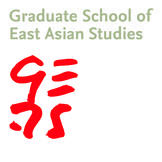