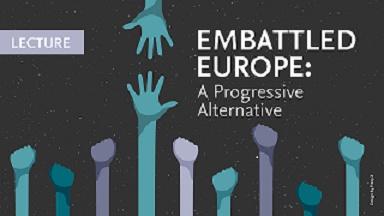 After the Wall: Memory and the Making of the New Germany, 1989 to the Present

Across the Borders of Text and Nation: Intertextuality and Intermediality in 20th and 21st Century Film, Art, and Exhibition Culture

The Meme is the Message:  Alt-Right/Neue Rechte and the Political Affordances of Social Media

Guest Lecture by Pamela Potter, Professor of German and Music at the University of Wisconsin-Madison on Dec. 6, 2018

The Ghosts of Denazification in Histories of the Arts.

State Building as a Cultural Act: Intersections of Bureaucracy with
Art and Architectural Production in German Regimes, 1815-1989

Kihawahine: German Ethnology and its Histories of the World

‘The Christian, Democratic Values of the West?’: Humanitarianism and Memory in Postwar Germany

Writing Histories of Germans Abroad: Approaches and Methodologies to German Sources on Africa and the Middle East

Violence, Oppression and Civil Disobedience: From the Cold War Past to the Neoliberal Present

Orientalism and the Classical Tradition in Germany

A New Era of German Bevölkerungspolitik? Legacies and Myths in German Discourses on Demography

German Studies Between the Global and the Local

In June 2011, the Berlin Program for Advanced German and European Studies celebrated its Twenty-Fifth Anniversary with an alumni conference. Since the program's establishment in 1986 at the Freie Universität Berlin it has supported more than 250 scholars who now teach and research at some of the most influential universities and colleges in the US, Canada and beyond. The conference provided an opportunity for Berlin Program alumni to reconnect with the Freie Universität Berlin and other academic institutions. We wish to thank the DAAD and the Ernst-Reuter-Gesellschaft for its generous support.

Our cooperation with the German Studies Association (GSA) offers Berlin Program Fellows and Alumni a chance to present their work at the annual GSA Conference to an expert audience. As a multidisciplinary professional association of scholars, the GSA has greatly contributed to generating new knowledge on key social, cultural, and political issues. Each year, one or more Berlin Program Panels and Roundtables at the GSA serve as a site for critical engagement. The panels and roundtables are thematically open; contributions from all disciplines are welcome. Panels and roundtables in recent years have been:

The Visual Arts in Cold War Germany and Beyond

Being and Becoming a Minority in Germany: Immigrant Integration, Political Representation and Minority Rights

Making the GDR: Constructing a Socialist Society in the East After 1945

Colonial Past and Postcolonial Present: Reflecting on Race and Warfare  in German Thought, 1890-2005

Representing Dictatorship: The Third Reich and the GDR

Negotiated Identities: The Struggle to Define German and  Immigrant Identities in the Twentieth Century